By Kevin Wright March 25, 2015
We had hoped to write about our entertainment system upgrade by now but the install has gone a little slower than expected.  Hopefully next week we will tell you all about Kevin's new pride and joy.

A while back we wrote about our cute little alcohol burning fireplace that kept us toasty through the very cold months.  We've had a bunch of people asking whether we are getting enough oxygen inside a boat since it's wrapped in glorified Saran.  The fully fueled fireplace burns about three hours and we usually only burn once in a 24 hour period.  We have not noticed any issues with oxygen on board this winter.  We were worried about other gasses like too much CO or CO2.  When we bought Cygnet in May 2014 there were three hardwired CO detectors that we believe to be original to the boat.  A commenter on our blog asked if we were using any other types of CO detectors since the lifespan is about 5 years on these.  It's something we thought about but had not worked on a fix. 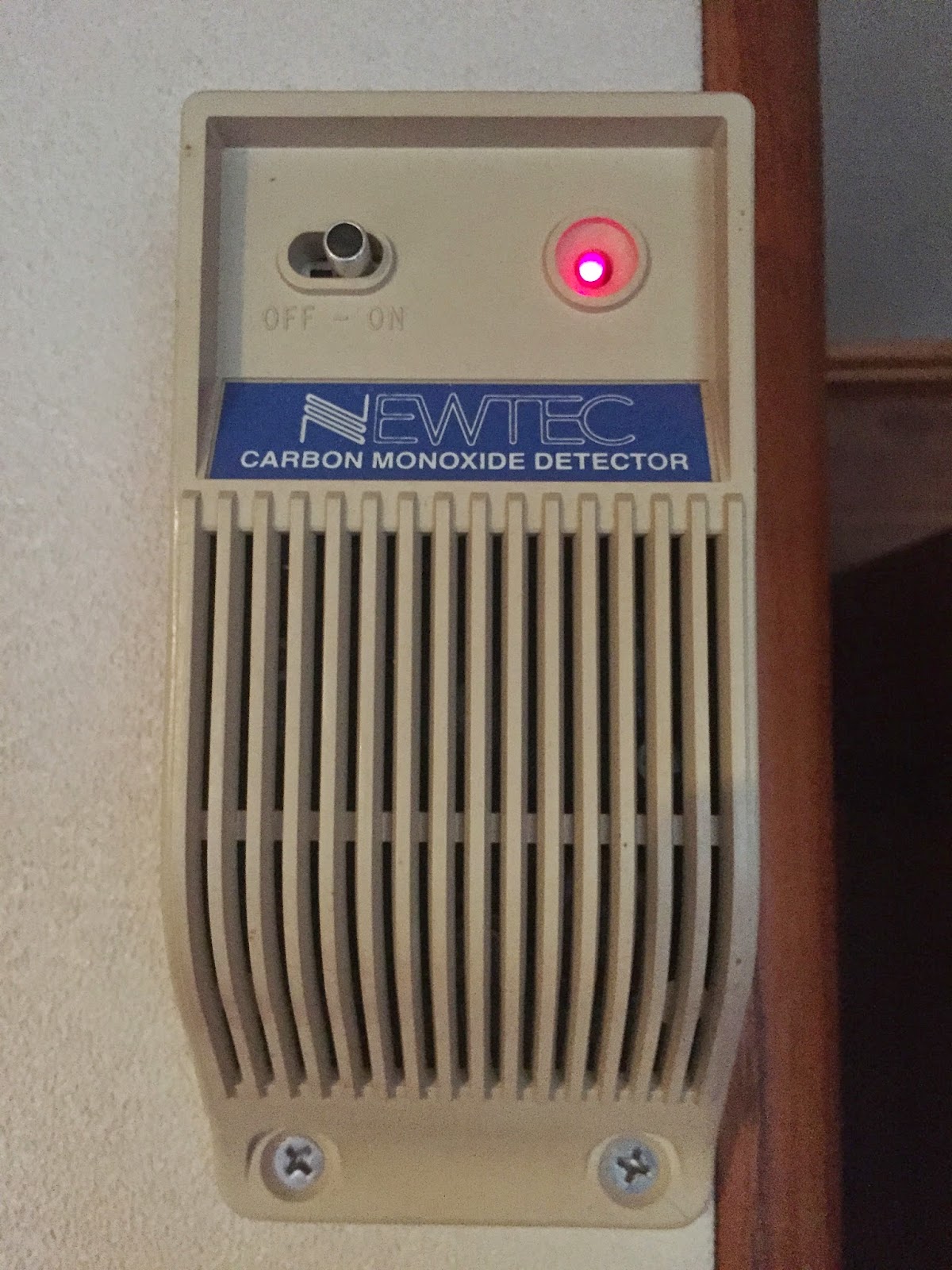 David from MTI Industries contacted us with an offer to send us new Safe-T-Alert wired CO sensors if we sent our old ones back.  Deal!  So this past weekend we removed the old ones and did the job of putting the new ones in.  "We" really means Colette since she did all the work with the three sensors. Kevin was busy on phase 1 of operation "New Head" which we will get to later.  The Safe-T-Alert alarms are much nicer than the old ones with an LED status indicator instead of just an "on" light. We sent the old ones back and just want to thank David for his kindness.  He didn't ask anything of us in return (other than the old sensors) so we want to give him a shout out here for being generous.  If you own a boat or RV and your CO sensors are more than five years old or you need new propane or smoke detectors check out MTI Industries, they are good people over there. 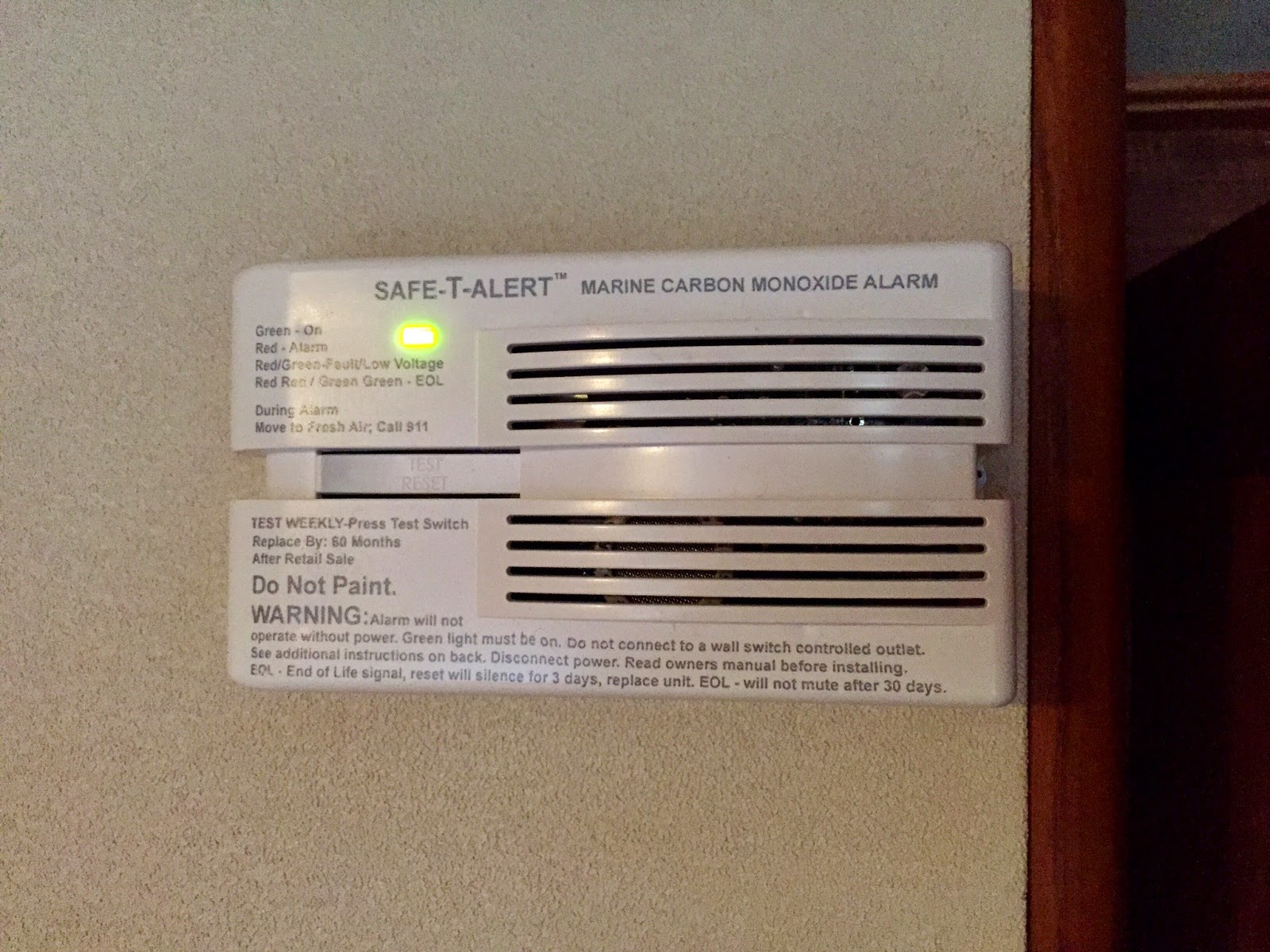 So what is this operation "New Head" all about?  As some of you know we are replacing the forward toilet on Cygnet.  Kevin was able to spend the time on Saturday and complete phase 1 which consisted of mounting the control switch and routing the wires.  It was not easy, but not too difficult either.  It entailed cutting fiberglass and drilling a large hole for the new wiring.  Next up is to run the wires to the holding tank for the "full tank" sensor which Kevin mounted yesterday and the wiring for the raw water pump.  If we had an entire day we could probably get this all done, but life happens so it's happening in phases right now.  We are anxious to get a second head installed!

So water we thinking about our continual improvement of Cygnet?  It's great that there are people out there willing to help you be safe on the water and while docked.  Since we live on Cygnet and sleep on her it's important to have the right safety gear.  We are thankful for David and people like him who are always willing to help out a fellow boater.  Whether it's someone running to your slip to help you tie up as you bring the boat in at the end of the day, or making sure someone you don't even know is safe aboard their boat, it's a great community to be a part of.