By Kevin Wright June 09, 2017
We've written before about how many people ask us private things just because we live on a boat. Since our lifestyle is a bit different than most people there seems to be an idea that we want everyone knowing about our financial lives and personal habits.  Here are some questions we get:


Those last two come up a lot more often than you'd think.  Let's face it, most of us are a bit crude. Kevin has spent a lot of time with "proper" people, businesspersons, met many CEOs of large global companies or other folks you might think are high class.  Most of them turn into 14 year olds after a few cocktails.  That's when the real questions come out.  A lot of people are just curious, and their curiosity can overwhelm their sense of society, privacy, and politeness.  So we often have to tell people that we poop just like they do, in a flush toilet in our bathroom, although Kevin has been known to offer a demonstration.  Often people want to know all about the money.  It's not something we shy away from, we write a blog about our life for the whole world to read after all, and we try to answer people in the best way we can.


Lots of people assume we are rich since we have a big boat and like to take it out on occasion.  No, we are not rich - at all.  Last weekend we spent a few days at Burnham Harbor where the real rich folks keep their boats.  We were on a dock where the littlest boat was about 38 feet and many were in the 50-70 foot (15-21 meter) range.  Them's some biggies.  42 foot Cygnet held her own but she was also one of the oldest.  Unless you have unlimited funds you might not think boating or living on a boat is possible but it is.  In fact it can be downright inexpensive if you know how to do it.


How do you boat on the cheap?  You spend money.

That sounds counter intuitive but it actually makes sense.  A well maintained car rarely has catastrophic failures and requires engine rebuilding.  Change your oil or change your engine.  Boats are similar.  Regular maintenance helps boats stay in good shape and wards off damage done by time and the elements, keeping the huge problems away.  Boats can also be had for pretty cheap, consider that we paid $77,000 for Cygnet in 2014.  That was less than the down payment on our house.  Yes we put a lot more money into her to get her the way we want her, but we wouldn't have had to if we didn't have the money.  Perfectly livable boats can be had for under $10,000 if you don't mind doing some updating yourself and spending a tiny bit more for some spare parts and maintenance.  Sailboats cost almost nothing to take out, just a bit of fuel to get you out of the marina and the cost of ropes and sails that need replacement eventually.  Ropes and sails can be expensive but if you find something well maintained they can last a very long time with regular upkeep.

If you don't want to sail (we don't) you can have a small engined motorboat (like a Trawler) and save a lot on fuel.  You sacrifice speed for economy but many days it's about being on the water, the speed doesn't matter as much.  Our boat cruises at about 12-15 miles per hour and it's plenty fast for us and our guests.  Yes that kinda slow and it does take a while to get from place to place, but the journey is usually just as fun as the destination.  In Chicago many boats never leave their slips, people use them as weekend cabins and spend all day and night partying at the slip.  That costs nothing in fuel.

Slips in the marinas in Chicago are very expensive, with River City being the very top price around here, but other cities can be much lower.  Consider our slip that would cost about half in Milwaukee or Cleveland.  Sure, San Diego or Miami might be expensive too but a lot of marinas include electricity, water, parking, and might even have a cheap bar at the end of your dock.  Cost of living can fit whatever your budget is.  If you have a reasonable job and make enough to afford a small apartment for yourself you can probably afford to live on a boat.

So, water we thinking about people who want to live on a boat but think it costs too much?  Try it, look at other boaters and see what they pay for what you'd like to have.  Just don't do it at River City because we are out of space and we don't want to lose our slip! 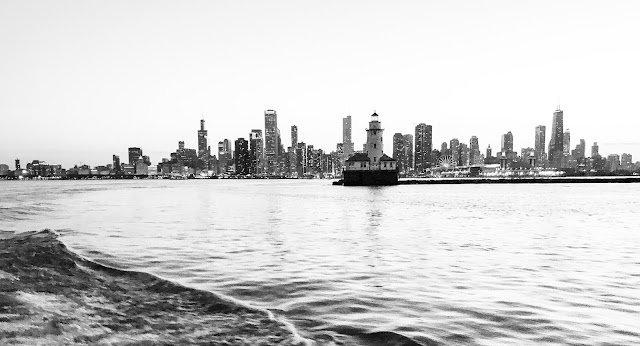