By Kevin Wright May 15, 2014
She's in the water and she's ours.  After a seemingly endless spring the weather has broken (kinda) and we got the one we were looking for.  Cygnet as she's named was put in the water on the morning of May 15 for the Sea Trial.  The old owner was there with a pal of his to get her prepped for us.  The Marina got her on the crane and into the water while we checked her over.


The big Crane lifts the Swan 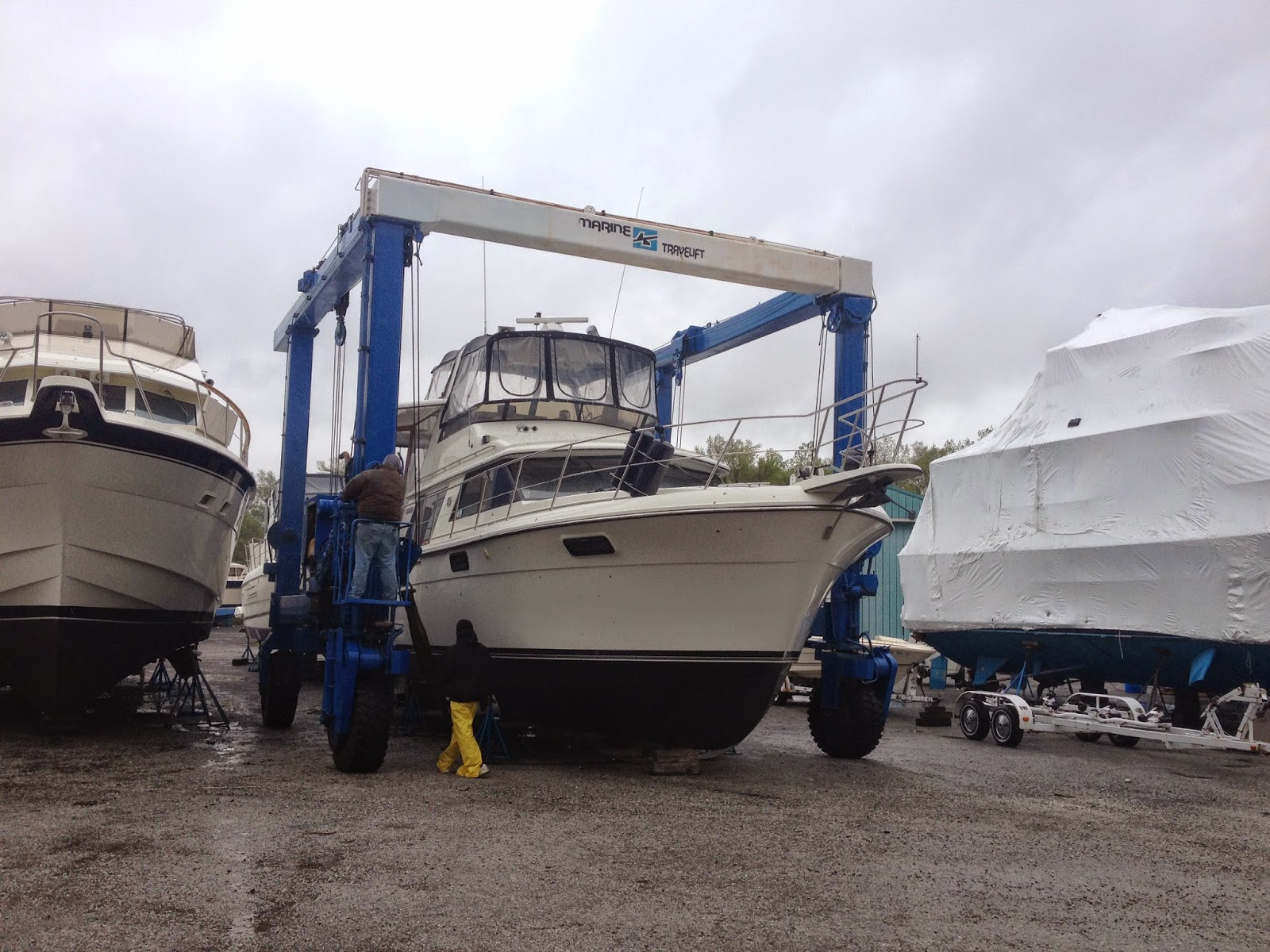 Slowly into the water 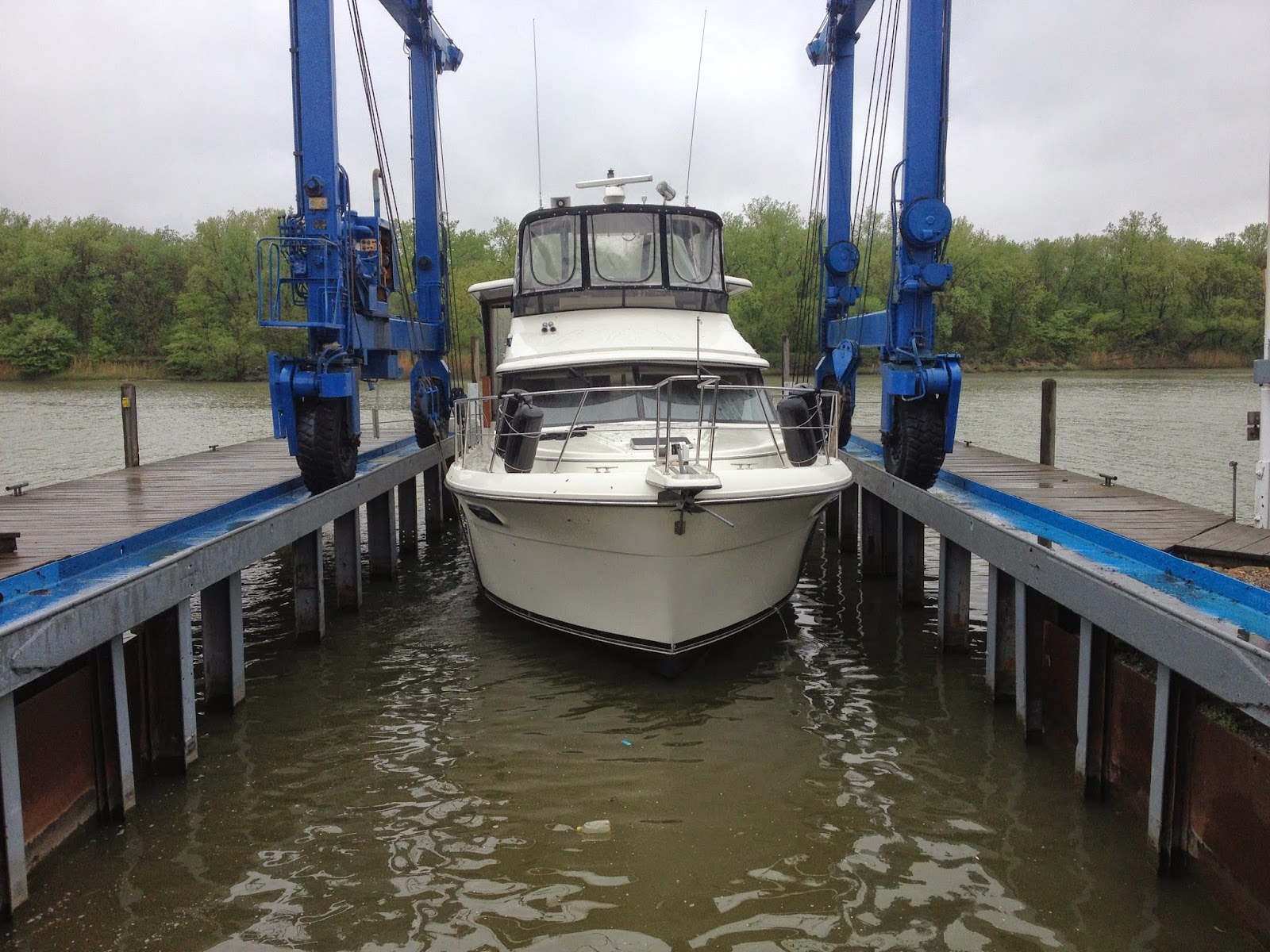 The Sea Trial didn't last too long, under two hours.  We checked all the systems throughout, including the plumbing and electrical.  All seemed to work well.  Once in the water the previous owner started the engines and generator, and with just a little hiccup all ran well.  We did find a slightly low idle on the Port (left) engine, but nothing to be concerned about.  Kevin is very familiar with working on marine engines and should have it in tip-top shape soon!  The cold and rainy May day made it impossible to check the function of the air conditioning units.  All three ran well with a nice quiet fan and warm heat when in the heater mode, but the temperature was too chilly for the compressors to kick in.  We are taking the word of the previous owner that they all work well in A/C mode.

We ran her around the Calumet River with the previous owner at the helm and the surveyor in the engine bay checking the engines.  She ran great at cruising speed, about 12 miles per hour, the engines humming happily.  Then we cranked her up to full throttle.  The tachometers climbed past 4000 RPM as the hum turned to a growl.  Twin 454 Big Blocks pushing out all 700 horsepower through some beautifully balanced brass propellers.  The tachs topped out about 4200 RPM and we saw 23 miles per hour on the GPS.  OK, so she isn't fast, but she ran great and tracked steady.  All the gauges sat right where they should.  These engines were built to run, and they did their job very well.

We returned to the marina, but went to the slips, not the launch dock as we'd been before.  The surveyor gave his report, he was pleasantly surprised at how well she did for a 26 year old boat.  She's been well taken care of, and just like a lady, she repays that loyalty.  With a handshake we settled the deal, and she became ours.  Payment has been made, documents signed, and she will now be our home. We are her third caretakers, the first owner only put 20 hours on her before he was transferred out of the country and had to sell her at less than one year old.  We've gotten her from owners that loved and cared for her since then, almost 25 years.

Cygnet is a Swan 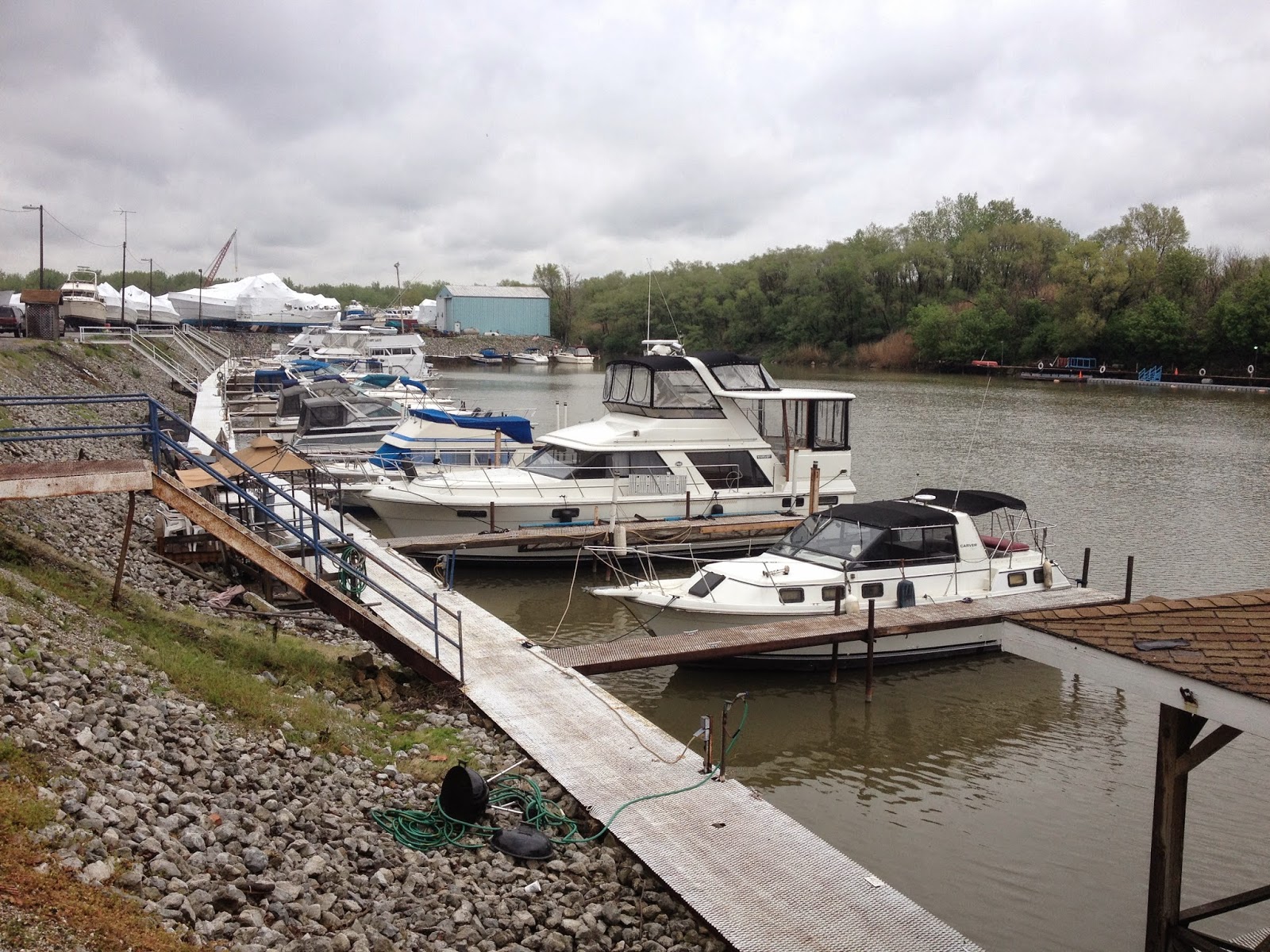 You can see she's ready.  As she sits next to the much smaller boats in this little harbor she stands proud.  She ran majestically and shows that she is up for many more years of love.