By Kevin Wright May 30, 2014
Now that we are in the water and officially living aboard many of you want to know what is actually like.  Well, it's great!  Mostly.  Up until last night Cygnet was not in her regular slip since they've been rebuilding the docks.  Before that we were on the river side of the marina wall.  It wasn't as calm as it will be in the marina and that is the number one complaint we've had.  There was a lot of traffic on the river last weekend and many of the other boats are not as respectful as we are when passing moored vessels.  "No wake" zones are not really enforced so many people don't slow and that rocks our boat. There is barge traffic at night and a steady stream of tour boats during the day.  Cygnet has shown to be very stable despite all the attempts at pushing her around.  We've gotten used to the movement but it's never fun when you are trying to shower, or make breakfast, or use the toilet!  Last night was much more calm inside the break wall. 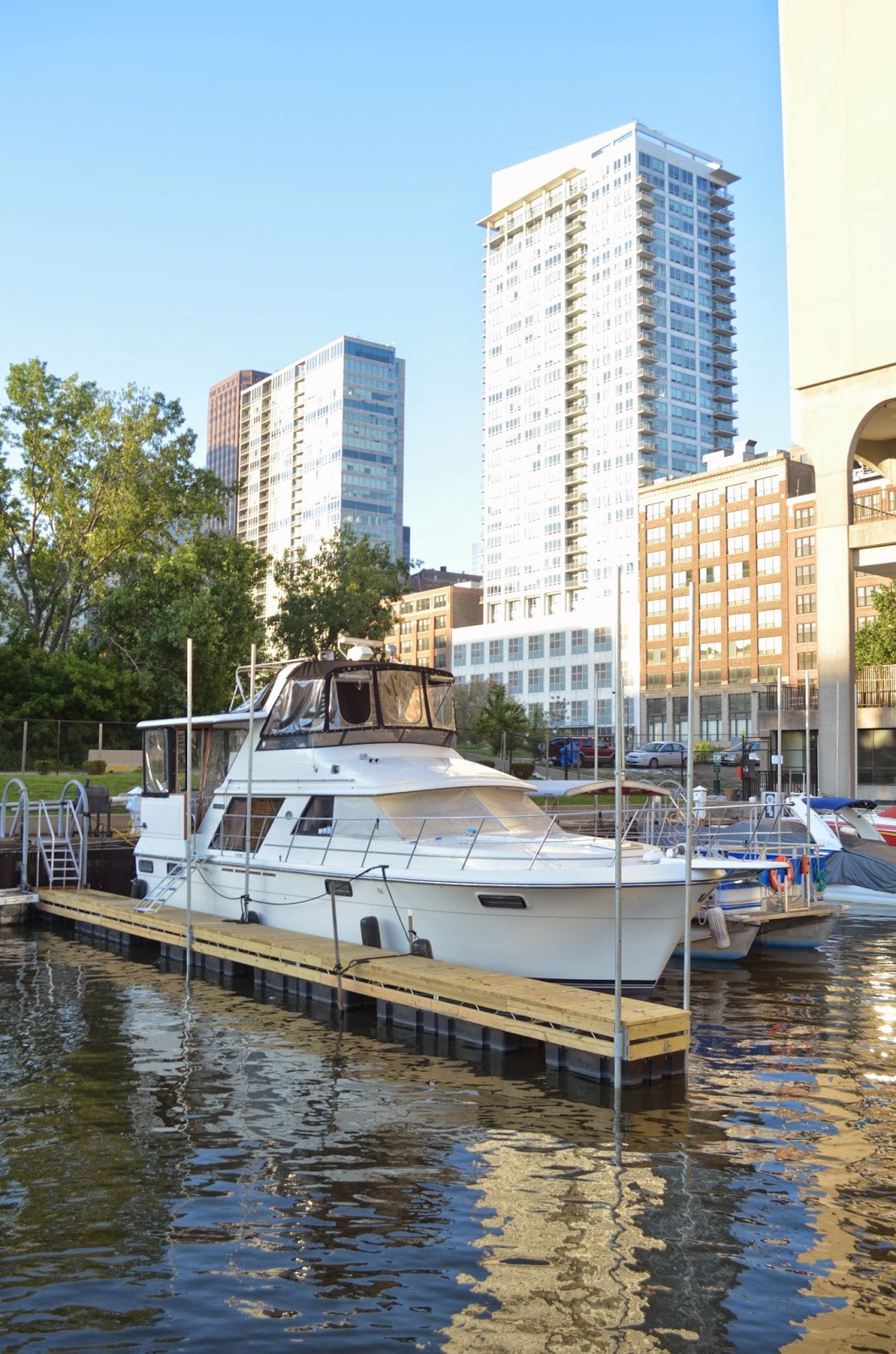 Speaking of moving slips, last night was the first time Captain Kevin maneuvered Cygnet into the tight spaces of this marina.  The opening to the marina is not much wider than the boat.  In order to back in to our slip, he had to make a sharp right turn upon entering the break wall, then stop and back up and to the left.  With the help of some friends on board watching from all sides, and two people on the dock grabbing the lines, we made it in without a scratch!  The docks still need some finishing touches, but they should be done soon. 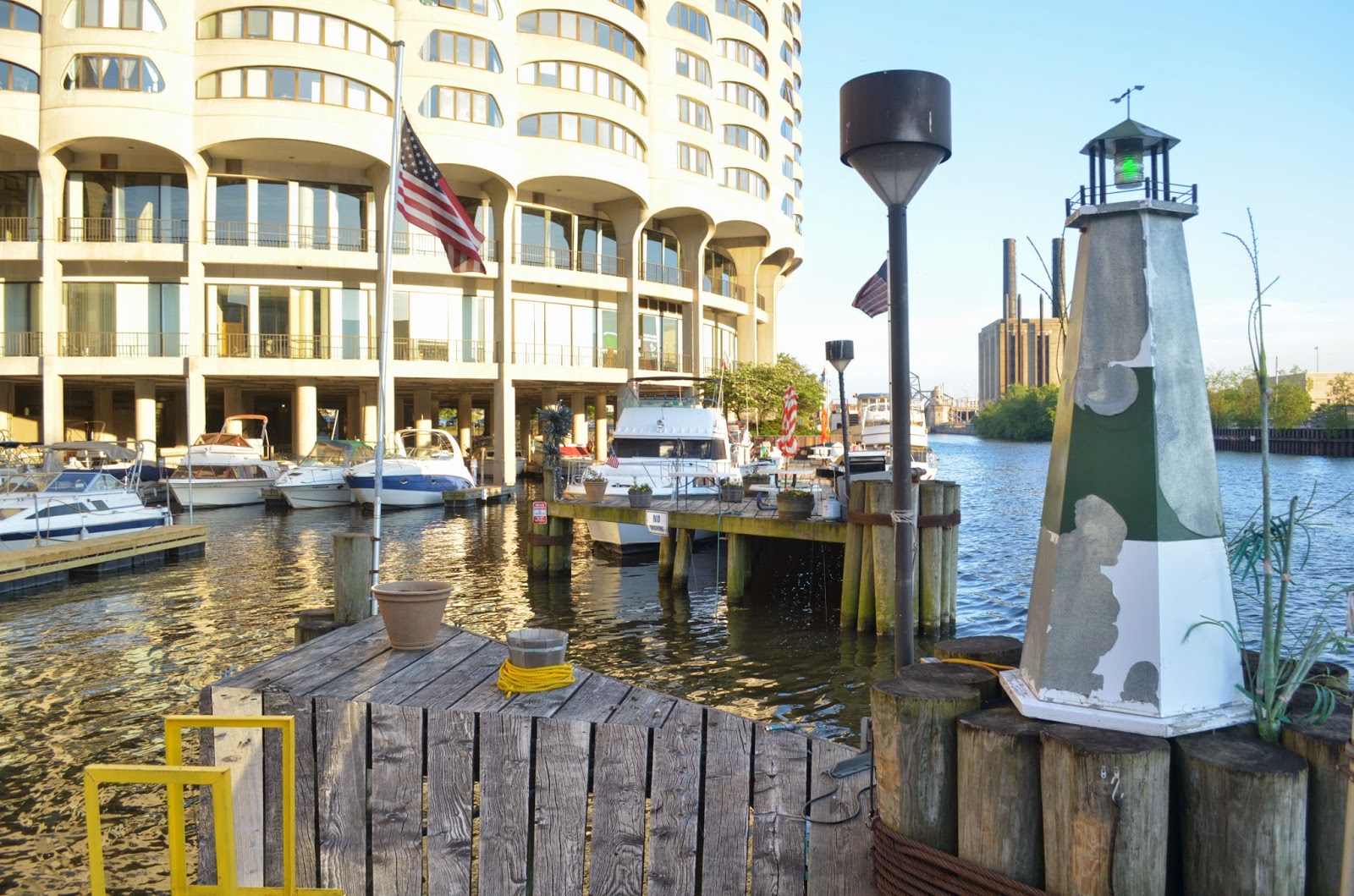 We've done a lot of organizing and gotten rid of many of the things that came with the boat.  We have kept some things, things that are useful or kitch.  We've brought carloads of our clothes, kitchen gear, and all the other things people in 2014 need to survive and somehow found room for it all on board.  It is sinking in (probably shouldn't use that word) that this is our home.  It's still odd that we can't just go to our old house after work, this vessel is our house.  There is always work to be done on board, but that goes with houses too.  You can always clean more, or repaint, or fix the sink.

So what is it like the last week and a half?  We have a queen size bed, two bathrooms, a decently sized kitchen, and a good amount of entertaining space.  The original couch is pretty comfy but we do plan to replace it.  Last night we hooked up our TV since the one that came with the boat doesn't do digital or HD and only plays one channel.  We are still working on organizing things but so far the work that Colette has done in the kitchen, bathrooms, and bedroom has been essential.  She's found space for a lot of things that Kevin worried would never get put away. 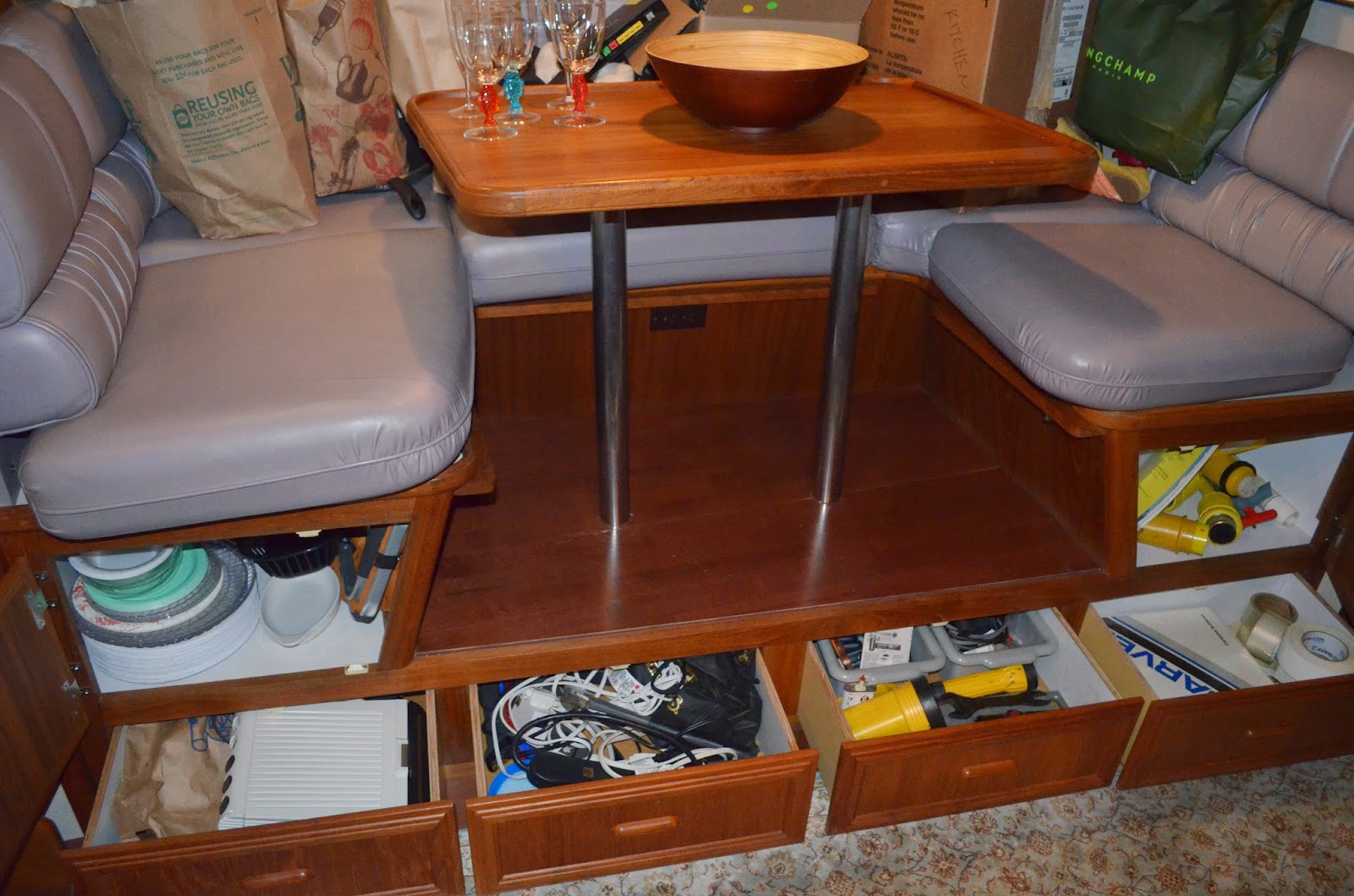 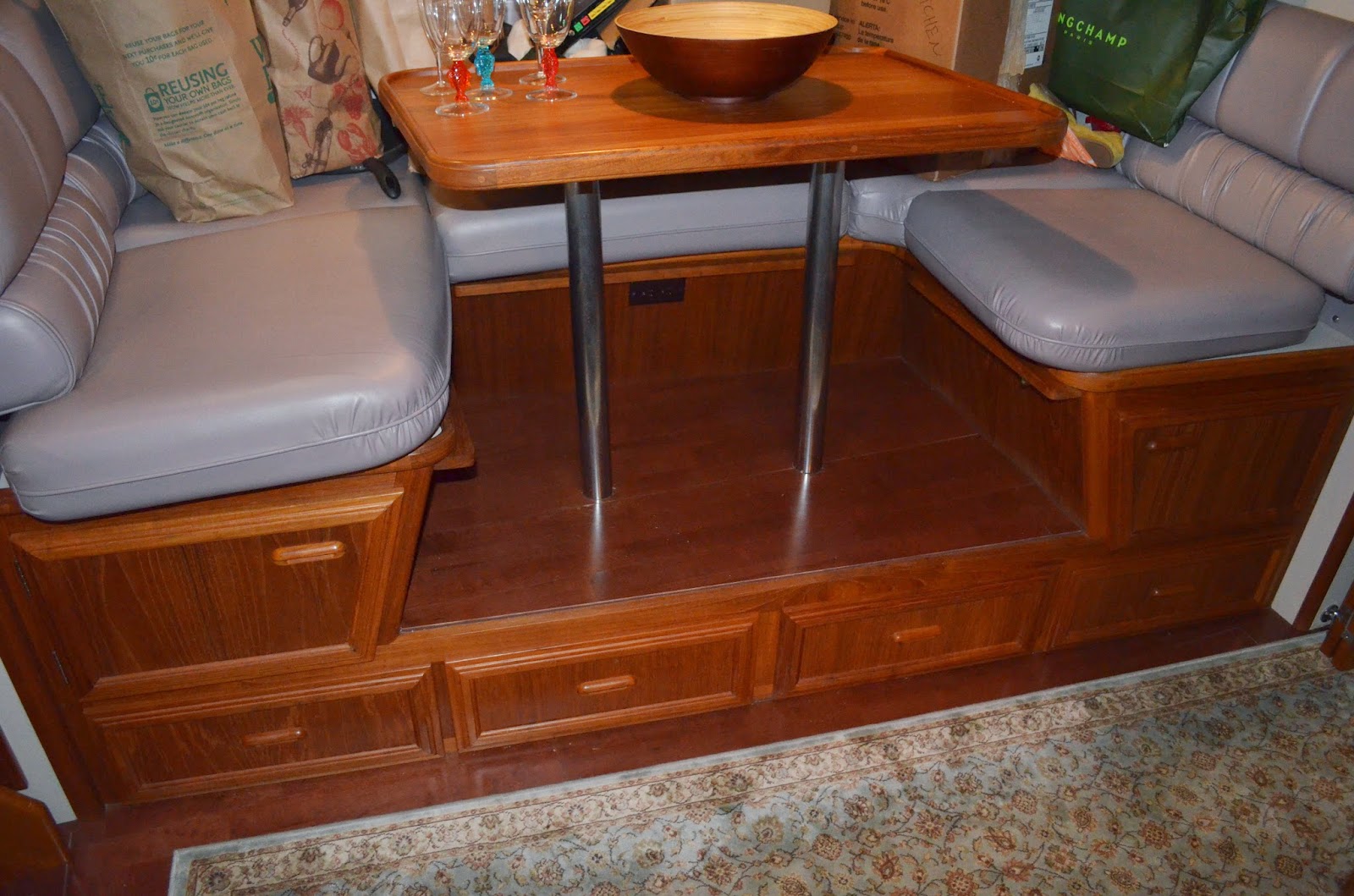 We did have to empty the waste water tank already, but it was not from us.  I guess someone forgot to empty it last fall.  So far that is our least favorite aspect, but it wasn't too bad and after a few more times it'll get easier and neater.  We did run out of fresh water this morning however!  When we got the boat the previous owner had put a small amount of water in the tank to get us to the harbor and we filled the tanks up a bit when we arrived.  We didn't want to fill them up too much since there is still some antifreeze solution in the tank and lines.  Colette doesn't like the smell or taste of the antifreeze (don't worry it's not harmful) so we want to get the tank as drained out as we can.  Well, mid-shower this morning the tank started spurting it's last couple gallons.  We could hook up to city water but have heard that is a hazard in Chicago since the high water pressure can break hoses and flood your boat; an experience we don't want.  So tonight we'll totally drain the tank and fill her up some more.  After this fill the antifreeze should be gone. 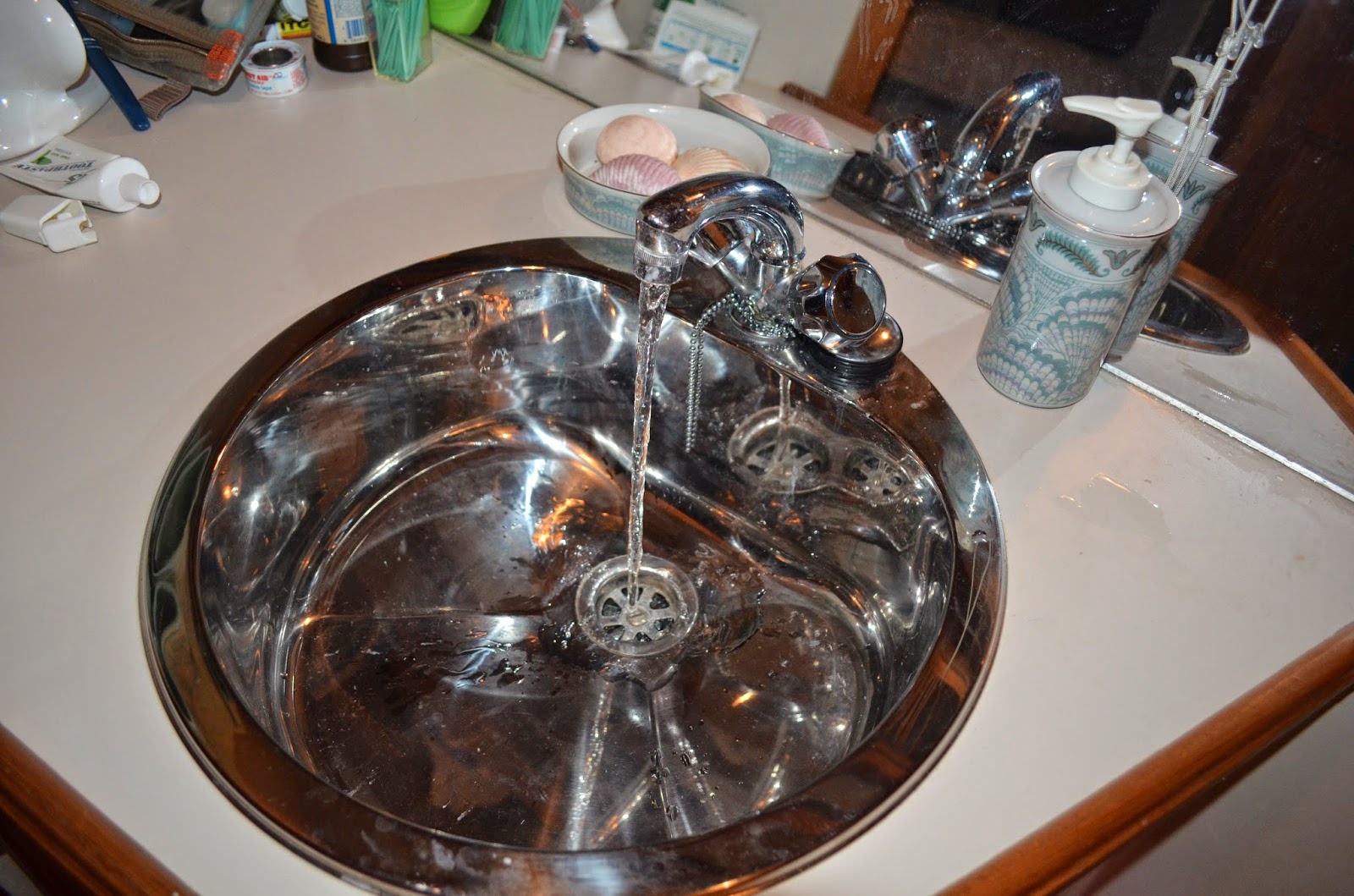 There have been no fights.  We are both trying to figure this life out and we are in it together.  It's been a challenge here and there, but when we are sitting on the deck on a warm spring evening we remember why we want to do this.  We've also been very busy, both of us have had work and social gatherings and we honestly have not had much time to just relax.  Most waking moments we've been either away from Cygnet or organizing her.  There have been a couple rain storms and she weathered them without any problems.  A few friends have made it aboard so far and all seem to be surprised at how spacious and livable she is!  Some skeptics are starting to understand water we thinking. 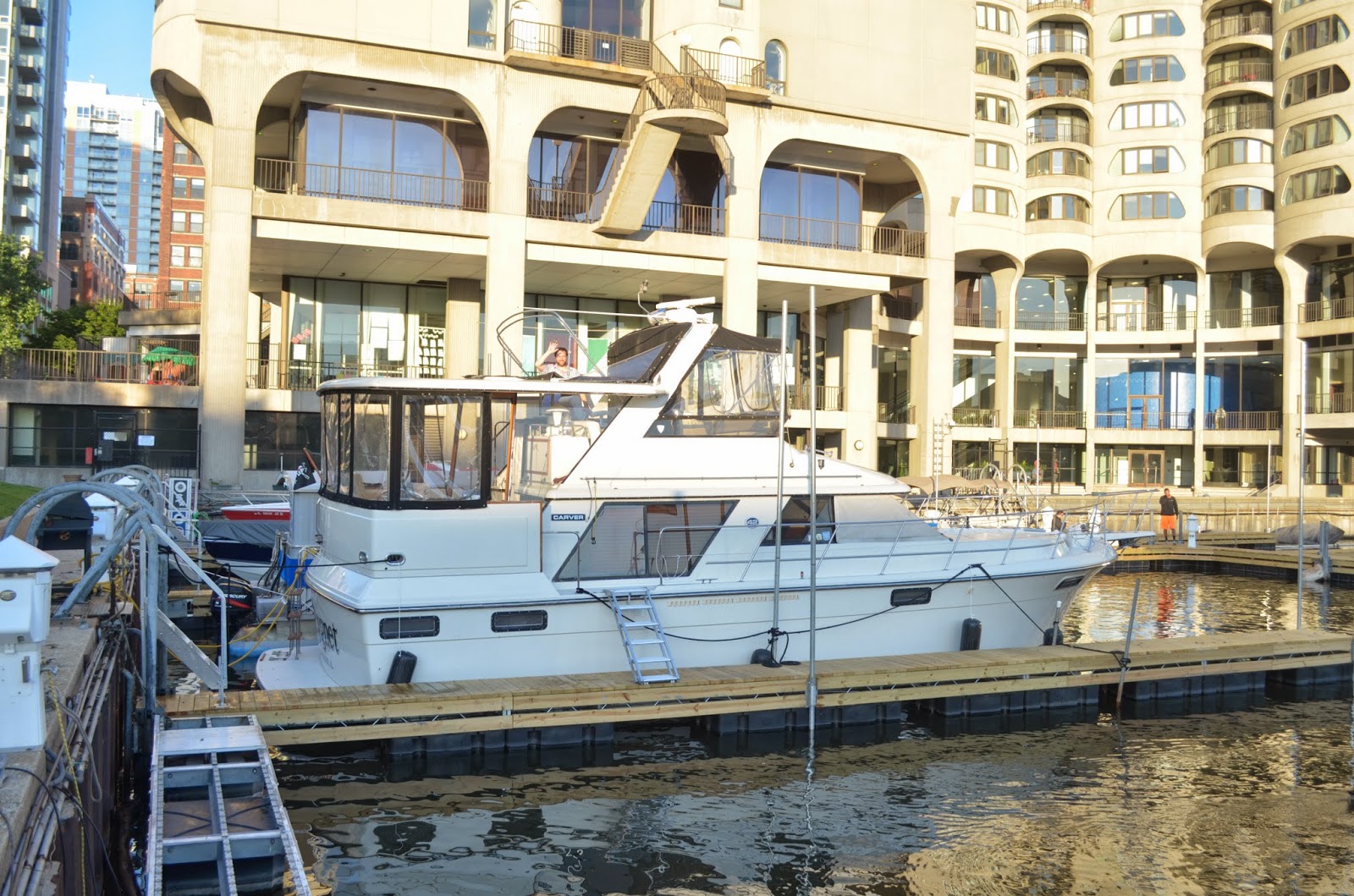 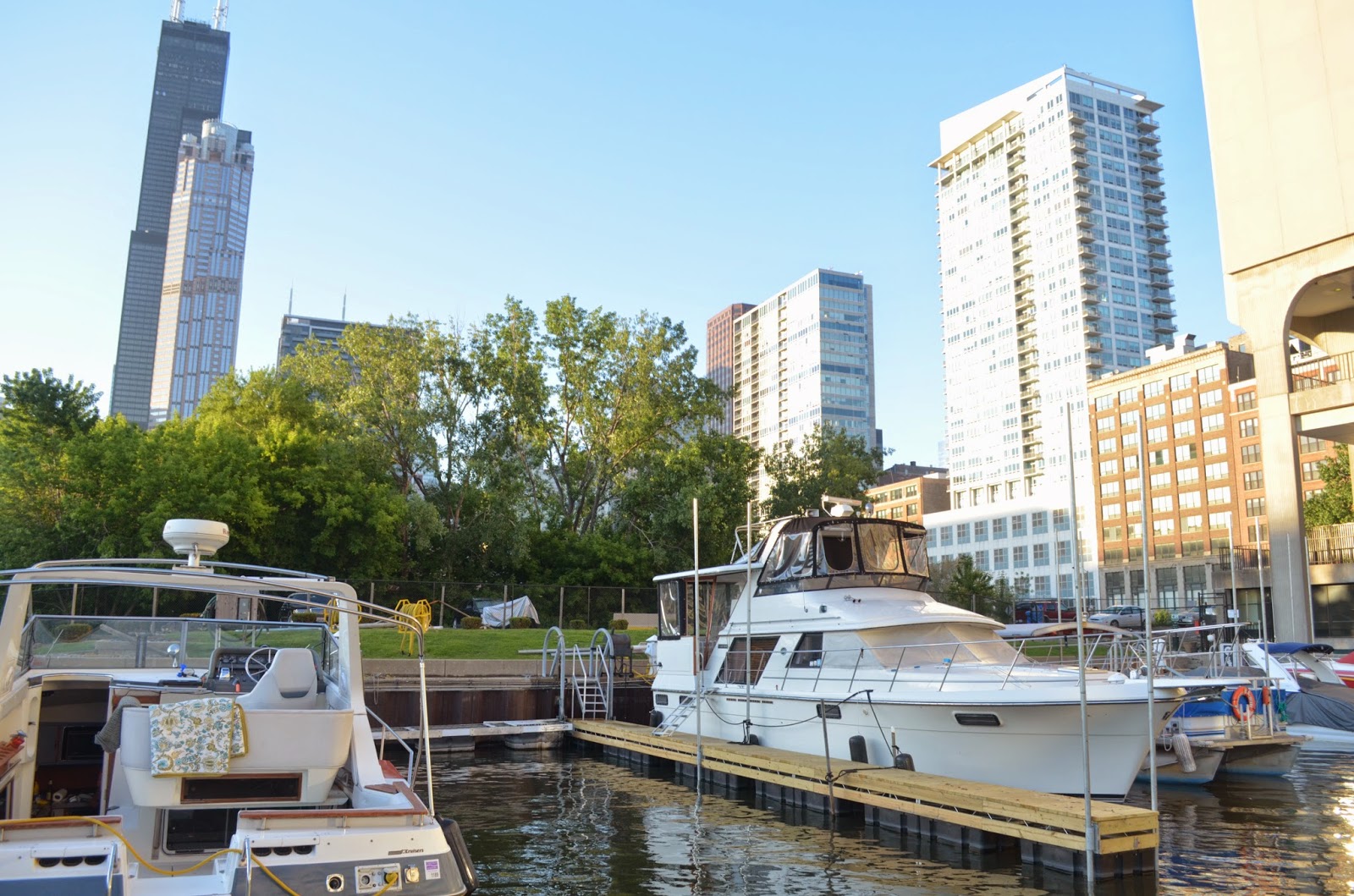