Water We Thinking Primer on living aboard.

By Kevin Wright April 22, 2014
Welcome to the Blog about living aboard in Chicago!  If you are unfamiliar with the term "Living Aboard" I'll give you a brief primer on what it means.  Essentially it means to make your home a water vessel, or make your water vessel your home.  Take a motorboat, or a barge, or a sailboat, or even a floating home and spend your life there.  It's your house, and even though it isn't on land, it's your home.  There are a number of places around the world that you can live aboard, many people think of the tropics as a great place to spend their days in the sun and water.  There are other more surprising places as well, most famously Amsterdam, Paris, Seattle, and Marin County California.  I'd like to show you some of the possibilities of the lifestyle, so please read on to see what the life is like.  Take note all you other boaters, this is written for landlubbers, so the galley is the kitchen, the head is a bathroom.  I'll try to teach them the proper terms, but don't get upset if I call the aft stateroom the master bedroom!

Some places are small and luxurious, like this sailboat in San Diego that is part of a sailing school.  It's not tiny but it is certainly smaller than the houses most people are used to living in.  This one is fairly typical for a sailboat (ok, maybe a little nicer) with a couple of small beds, a kitchen, dinette, and couch.


A sailboat live aboard in San Diego 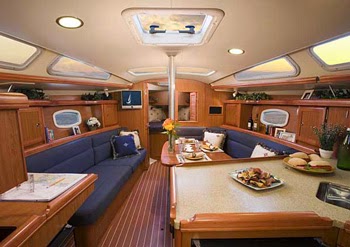 You also find barges or retired commercial boats that are converted for living.  This is most popular in Europe and other parts of the world, not really in the United States.
An Amsterdam house boat 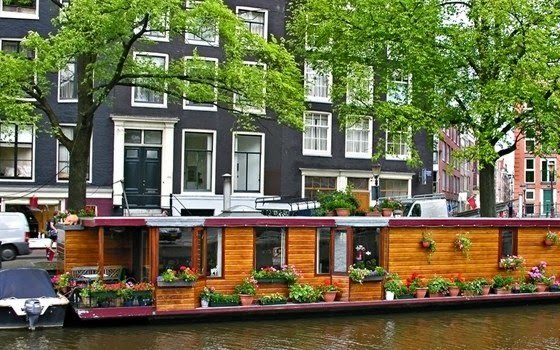 If you were alive in the 1990s you probably remember Tom Hanks' absolutely amazing floating home from Sleepless in Seattle.
TripAdvisor photos of that place here 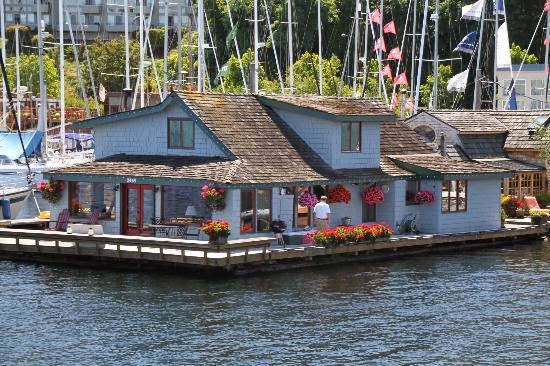 Most people that live aboard don't live that way.  Notice I said floating home and not houseboat or house boat.  Let's discuss some of the terms we will be dealing with, it'll make further reading easier.  Most people who "live aboard" live on a boat.  Whether they are sailboats, motoryachts, or cabin cruisers. 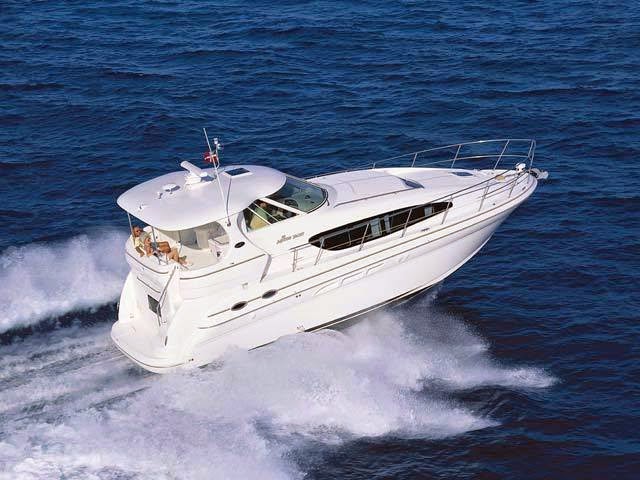 A Houseboat that you can rent with friends and families and plod around a calm lake. 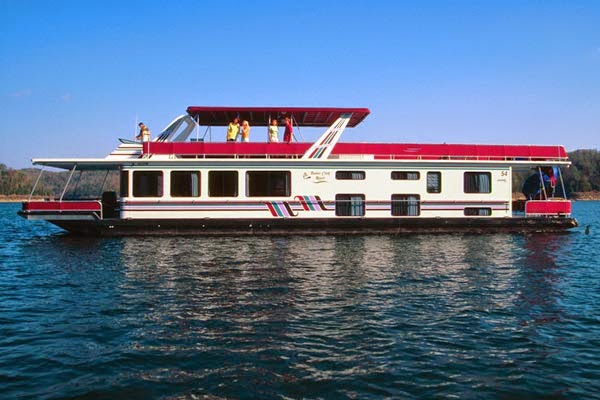 Here is a fancy Beneteau Sailboat perfectly suited to live aboard.

A Floating Home, this is how the rich do it. 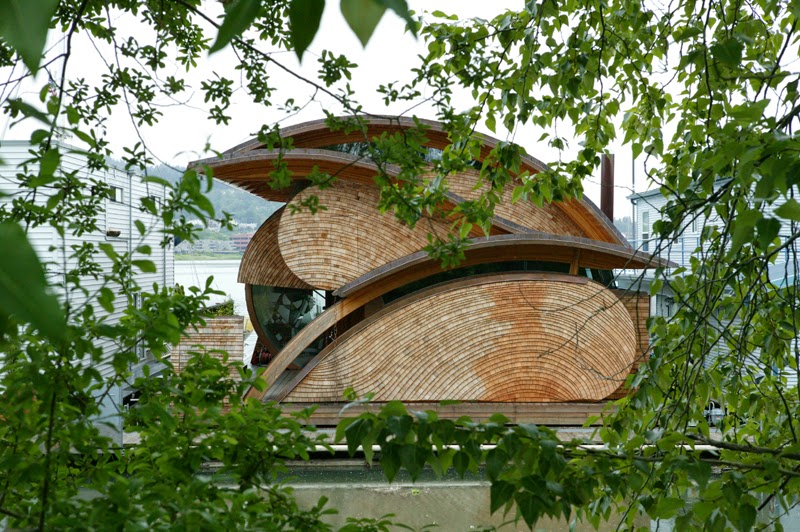 As you can see there are many different types of places to live on the water.  It depends greatly upon what you want to do with your home as to what type you have.  Personally, we like to have a motor (or two) to go out on Lake Michigan and hang out with friends.  We are not really into sailing so a sailboat isn't for us, plus we dock in the Chicago River and there are bridges that can but won't open at many times of the day so we'd be stuck a lot.  We want to get up and down the coast of the lake fairly quickly, so we like the size and speed of a Motor Yacht as opposed to a Trawler, which is like a Motor Yacht but more efficient (read: slow).  Of course since we do like to be mobile a converted barge or Floating Home isn't right for us either since they don't move without an outside influence like a tugboat, favorable tides, or magic.  We will have more on vessels and the advantages and disadvantages of each in a later post.  There is more I want to get across to you now, so carry on to find out about our home.

I suppose this is the moment I should mention that we actually have no experience with living aboard. OK, that isn't entirely accurate, we do own a boat, however it is a classic Sea Ray SRV220 which is not suitable for living on.  We've spent the last three years restoring (read: fixing) it and going out on the water with friends for fireworks, the air and water show, and general merriment.  This past winter we decided to sell our house, so after years of dreaming of living on the water we are actually going to do it.  The entire point of this blog is to "show and tell" our experiences.  It's a way that our friends and family can learn about our decision, and a resource for people who have thought about, dreamed of, or are curious about life aboard.

So as of April 2014 we've moved out of our house, but have not yet finalized the purchase on a boat. We have one in mind, in fact we have a contract to purchase, but it isn't that simple.  Like a house we want to get an inspection and unlike the house we want to know if it floats.  We've had a professional take a look and find all the things that are wrong with it while on land, that's called a Survey and it isn't cheap.  But, like any home inspection we found out some things that we would have never known about and will fix before we agree to purchase.  The way it seems to work in most deals is the seller will pay the cost to fix the systems that are safety related, and the buyer will fix anything they feel like paying for.  There can be discounts applied to the previously agreed upon price, the buyer may agree to fix everything, or the seller may do the same.  It's negotiation at it's finest.  There will be a follow up that explains this process in much greater detail for those of you interested.

Now you have a little idea about types of vessels people can use to live aboard, but why would anyone in their right mind want to give up on land and put themselves at the mercy of the sea?  Well in our case it's not the sea, it's more of an open sewer.  See our slip is at a place called River City in Chicago. 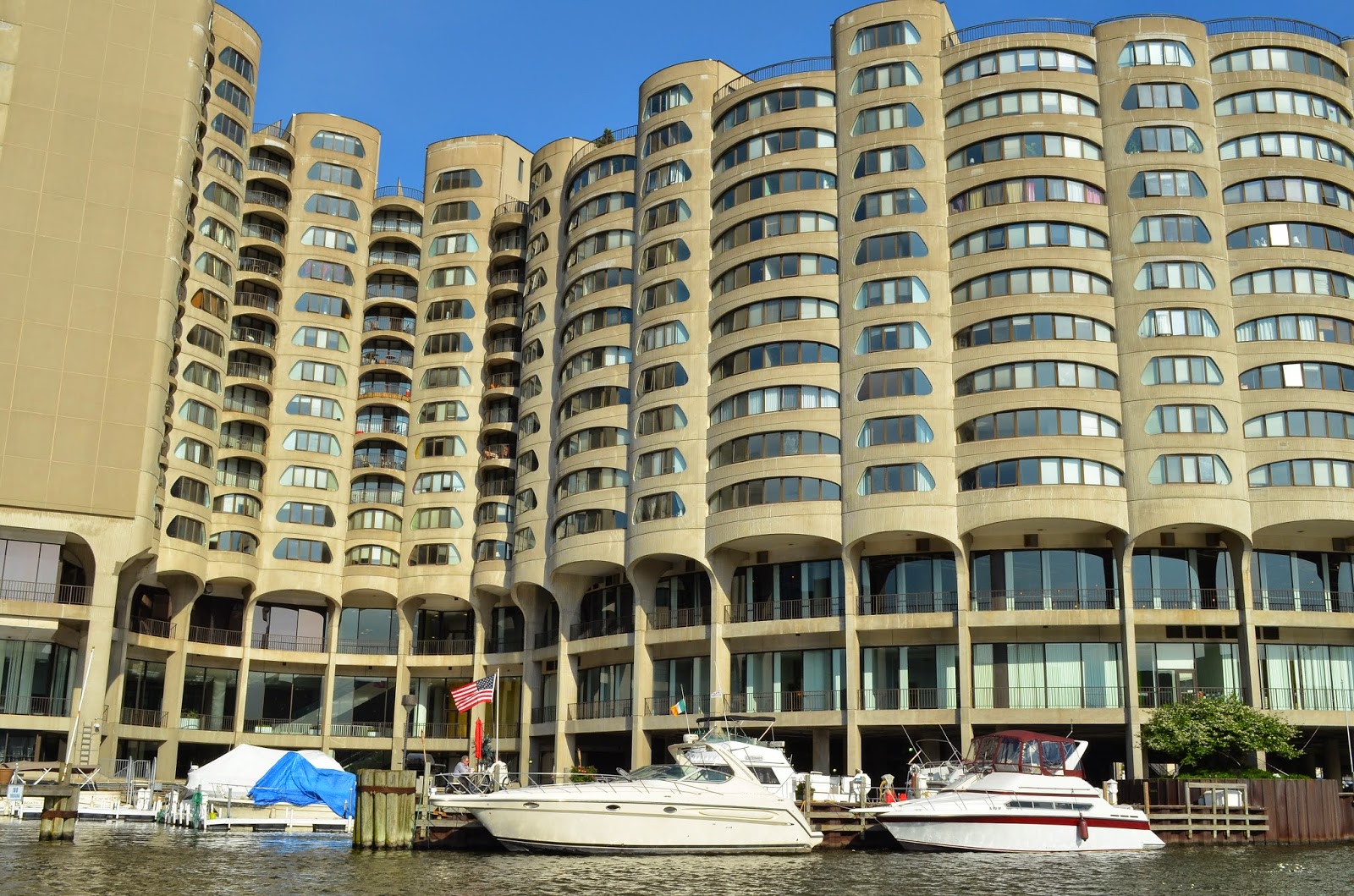 River City is an enigma.  Well, that's maybe a stretch, but it's an odd place to say the least.  In a previously forgotten corner of the South Loop it underwent numerous design changes by the architect during development who tried hard to capitalize on the success of Marina Towers which he designed fifteen years before construction of River City began.  Anyone familiar with Chicago knows the Marina Towers, the corncobs, and loves them.  Not so much River City.  Our decision to live at River City was based on the fact that it's the only place to moor year round in Chicago.  It's also walking distance to my office and a short drive or moderate bike or bus ride to the wife's office.  It's in a hot neighborhood and it's an architecturally stimulating building, even if there are more foreclosures and empty units than we'd like.  It's located on the South Branch of the Chicago River, something most Chicagoans think is an open sewer, and they are almost right.  It's also home to multiple species of birds, fish, insects, and animals.  It's used daily by boaters, kayakers, canoers, and fisherman.  It's a working waterway, carrying massive barges of stone, salt, sand, and more.  It's also undergoing a major update as the city realizes the treasure it formerly turned it's nose from. 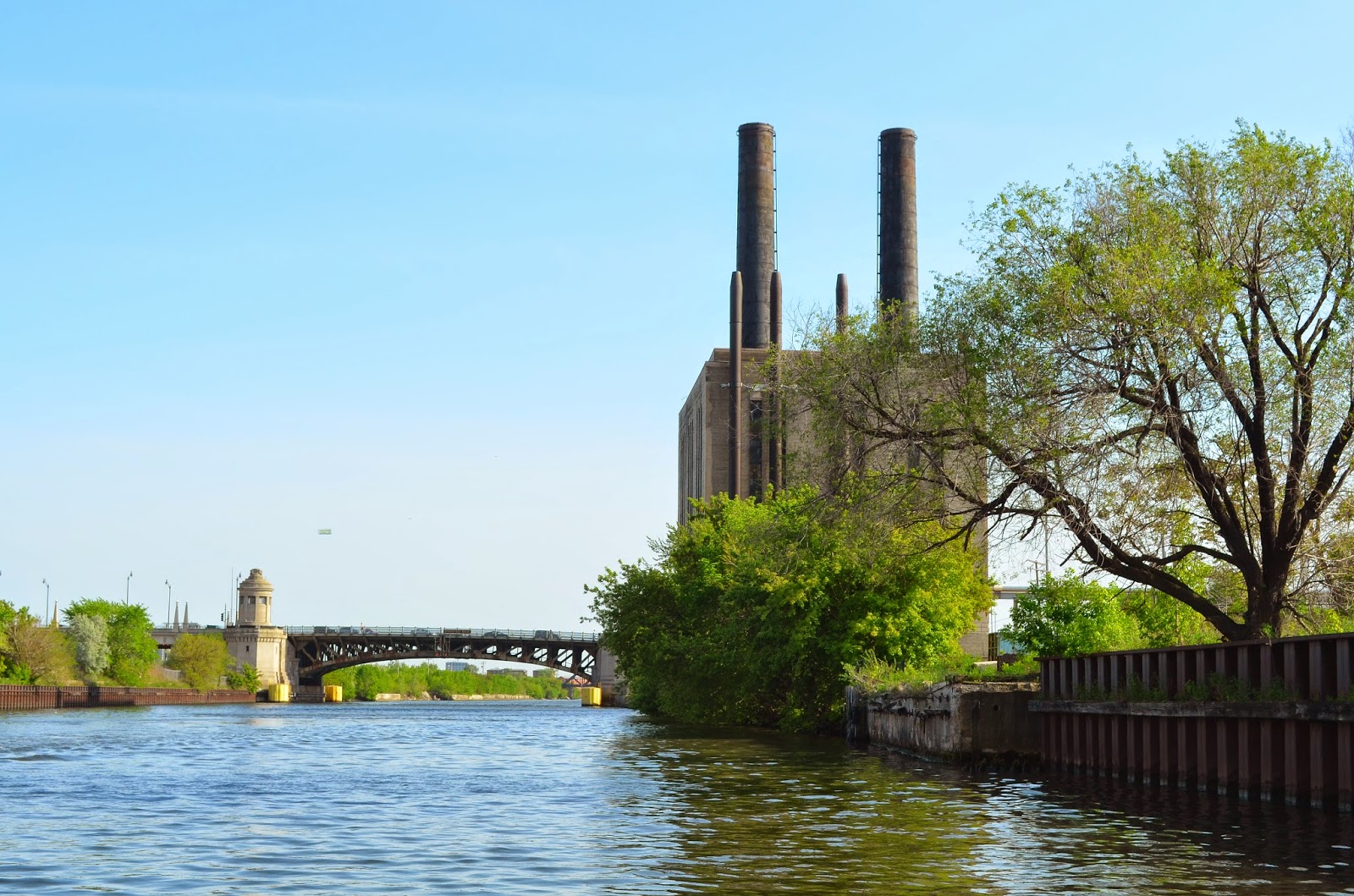 So as we get closer to purchase, the thought lingers; Water We Thinking?  Will we love our new life?  Will we love our smaller and more interesting home?  Will we decide after three days that we made a massively poor decision and regret it?  Only time will tell, so please come back soon to find out more!